https://www.youtube.com/embed/4KLUfViw0QI?version=3&rel=1&fs=1&autohide=2&showsearch=0&showinfo=1&iv_load_policy=1&wmode=transparent 2 Quick Announcements! First: Your toothpaste is on it’s way! If you ordered the “magic toothpaste” that is my latest craze, get excited, because it should be arriving to you on Saturday! Click here to get your own tube! Secondly: I finally got around to making a fun Unboxing Video about my Fall FabFitFun … END_OF_DOCUMENT_TOKEN_TO_BE_REPLACED 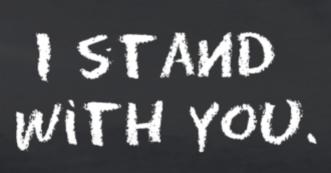 This is an unusually partisan time we’re living through.  As a pastor and public person, I feel it heavy on me at times.  And though I know what I’m about to offer might sound like I’m furthering those partisan lines, I hope you know my heart, and know that I offer nothing but honesty and bare humanity in these words.

Allegations of sexual assault must always be taken seriously.

What also must be taken seriously is the role that male-dominated systems play in quieting the voices, especially those of women, who have been victimized by sexual assault.

And not just sexual assault, but sexual harassment, sexual discrimination, and misogyny as a whole.

In the ancient world, women were not able to testify in court. Their…

By Caitlin Kelly Some reflections on my having entered — as of June 2018 — a new and sometimes overwhelming world; if useful, please share! You are not alone You may certainly feel it as you reel with shock and try to make sense of what will happen to you next. My […] via Life in … END_OF_DOCUMENT_TOKEN_TO_BE_REPLACED

By Barry Rascovar Sept. 26, 2018–Democratic nominee Ben Jealous committed a terrible faux pas in Maryland’s only gubernatorial debate of the year: He ignored the lesson of Richard Nixon’s monumental error in the first-ever 1960 presidential debate. The image you project in these televised political confrontations is all-important. First impressions are especially critical. The one… via … END_OF_DOCUMENT_TOKEN_TO_BE_REPLACED

Westminster Fire Dept. Open House Oct. 13, 2018 September 12, 2018 By Kevin Dayhoff, kevindayhoff@gmail.com Save the date: The Westminster Fire Engine and Hose Co. No. 1 will host a public education, safety, and recruitment open house on October 13, 2018 from 12 to 5 p.m. More information to come… Stop, drop, and roll on … END_OF_DOCUMENT_TOKEN_TO_BE_REPLACED

Bob Woodward’s new book, Fear, a devastating portrait of a presidency lurching from crisis to crisis, is a certified blockbuster. On its first day on shelves, 750,000 copies were sold. The hype was good: for more than a week before its debut, Fear dominated the news cycle, as journalists and pundits parsed the revelations within.… via … END_OF_DOCUMENT_TOKEN_TO_BE_REPLACED

By Barry Rascovar Sept. 7, 2018 –If Ben Jealous is regarded as a longshot to become governor of Maryland, Andrew Gillum’s chances to win the governorship of Florida looked like a moonshot — until he pulled off a miracle last month. Now Jealous needs to take lessons from this fast-rising Tallahassee political star. Gillum, like… via … END_OF_DOCUMENT_TOKEN_TO_BE_REPLACED