Last Tuesday, Dec. 10, 2019 Westminster Councilmember Ben Yingling and I joined many great folks at a luncheon to celebrate the 40th anniversary of the Literacy Council of Carroll County.

Last Tuesday, Dec. 10, 2019, the Literacy Council of Carroll County celebrated its 40th anniversary with a luncheon at the Carroll Nonprofit Building.

The September newsletter for the Literacy Council reports, “In the U.S., over 40 million adults have low literacy, including 20% of adults with a high school diploma. The U.S. ranked 21st in numeracy and 16th in literacy out of 24 countries in a 2013 assessment of adults’ skills.

“Two-thirds of U.S. adults scored at the two lowest levels of proficiency in solving problems in technology rich environments. Yet, the publicly funded adult education system is able to serve only around 2 million young and older adults per year.”

Fortunately in Carroll County, the Literacy Council is active in the community in many ways, including its ever-popular annual spelling bee. Last April was the 20th anniversary of the spelling bee.

According to a history of the council provided by Executive Director Greenholtz, “The Literacy Council of Carroll County (LCCC) was founded in April, 1979, by Sister Rosalia, the principal of St. John’s Catholic School in Westminster, and Kathryn Sieverts, a Lutheran laywoman. The mission of the organization was to promote literacy and to train tutors to teach phonics, reading, speaking, spelling, and math to youth and adults in Carroll County.

“At the time, we were affiliated with Laubach Literacy Action which later merged with ProLiteracy Worldwide, a parent of ProLiteracy America. We primarily began with students who read at or below a fifth-grade level. The LCCC was formed with the policy of working with anyone regardless race, creed, color, or national origin. We have always assisted those individuals who may be mentally challenged, physically disabled, and foreign born, those in substance and alcohol abuse rehabilitation programs and those who are incarcerated by our legal system.

“The first volunteers worked out of St. John’s School, Grace Lutheran Church, Carroll County Public Library, and various members’ spare rooms and basements. Judy Ritchie was the first Director. Through the generosity of Grace Lutheran Church, the Council moved into its first office. Marian Carr took over as Director and Student/Tutor Coordinator in 1988. The Council occupied the second floor (a three-room suite) of a two-story house at 30 Carroll Street in Westminster. In 1994, in need of more space, the Council moved to the second floor of 95 Carroll Street, Westminster.

“Volunteer numbers increased substantially between 1997 and 2006, when the Council moved again to its present home in the Carroll Non-Profit Building, 255 Clifton Boulevard. Laubach International and Literacy Learners of America merged during that time to become ProLiteracy Worldwide, the umbrella organization for most literacy organizations.

“The Council receives no government funding and operates on donations from the community, and various grants, along with its fundraising programs. There is never a charge for Council services to the student.

“Along with our normal tutoring program, we have embarked on numerous other programs during our existence. In 1994, the LCCC was called upon to work at the Maryland Central Laundry Camp, a Maryland Department of Corrections minimum security prison. We started with 13 men and when the program was terminated we were teaching 31 men to read and write. (The prison was switched to a short-term facility and there was not enough time to tutor the inmates before they moved on.) We have also run a program at the Carroll County Detention Center for the female population. (The men were tutored under a grant through the Community College of Carroll County.) We run a program for court ordered drug and alcohol students at a rehabilitation facility in southern Carroll County. We have run tutoring program at Springfield State Hospital. We have found the demand for training is changing from the 5th grade level we began at to a focus on Pre-GED training as well as greater demand for ESOL lessons, citizenship training, and work-related training requirements. Thus, our program has been upgraded over the years to reflect these changes. Another of our newer programs is working with the military veterans. We are aiding in many different elements than we have normally provided to our students. These same programs are available for all students

“Our tutors represent a broad range of careers and education. They come from a wide variety of professions and work history. The predominate tutors’ group is made up from the field of education but, we have former executives, administrative workers and others among our teaching staff.

“The Carroll County Public Library has been a tremendous supporter of our efforts. They have contributed in numerous ways and have provided us with direct assistance when called upon. McDaniel College has worked with us on numerous programs that are offered to the public especially in the field of ESL (English as Second Language), primarily through the Palabra to Word Student Organization. As a Partner of the Literacy Council they have provided us with student interns over the years to work with us on various specialized projects and programs. A relative new partner has been Carroll Community We work closely with BERC, HRS, and other county organizations to provide training to their clients. We have partnerships with the Judy Centers, Carroll County Board of Education, Carroll County Youth Services Bureau, and HSP. We have an excellent relationship with each and every one of the organizations at the Non-Profit Center. We are able to refer our students to them as well as have them send clients to us.” 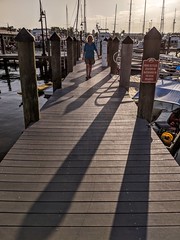 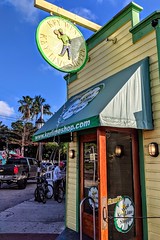 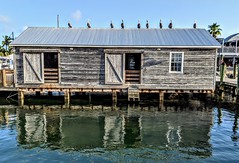